Talent 4… was a ‘strengths-based’ workshop programme that used a mix of games, exercises and other arts-based activities to help participants improve their employability by identifying innate skills and talents. In our experience of working with prisoners over many years, we were observed that, for many, they had little in the way of real or realistic ambitions about work upon release from prison. We wanted to find a way to help participants be a bit more informed about what they might already be good at. Originally developed and delivered to prisons in the West Midlands over a three year period with funding from the Esmee Fairbairn Foundation, it was subsequently the focus of a two year Leonardo Transfer of Innovation grant from the EU’s Lifelong Learning Programme (now known as Erasmus+), which allowed us to adapt the workshop for use by partners in Bulgaria, Italy, Lithuania, Malta, Romania, and Spain.

The methodology used in Talent 4… was predicated on the notion that even in crime or unemployment, an individual is acquiring skills which could have application in other contexts. The successful application of these skills most usually brings a degree of job satisfaction and contentment for the individual, underlying the benefits of an individual finding work where he or she feels most suited – and valued. Finding such work can be a major contribution towards desisting from crime and finding employment longevity.

The programme was devised as a six session workshop in which participants were engaged in a series of creative activities in order to reveal their talents and skills in a number of defined areas:

Receptivity – how an individual absorbs information on the world around him/her, based on a mix of three types of information – visual, auditory and kinaesthetic.

Communication Style – the individual’s preference for communication on continuum between literal and abstract.

Problem-Solving Style – is the individual more intuitive in their approach or more methodical?

Viewpoint – very much about ‘what draws your eye’ (or ear). Does the individual tend towards the small detail of things or get attracted to the bigger picture?

Responsiveness – here we look for patterns to indicate whether someone tends

to engage emotionally with others’ stories of distress and those who tend to stay more analytical or objective.

Practice – Here the participant is observed in his or her preferences for collaborating with others. Do they work well in a team or are they more comfortable working on their own?

Skills Sets – these were broken down into a series of what might be considered ‘niche skills’; verbal articulacy, strategic thinking, interpersonal, conceptual thinking, assertiveness, assembly, creative, adaptation, and comparative.

Roles – these were based on observations of how individuals behaved more generally in the group. Again, there were a number of different roles people might take; organiser, challenger, harmoniser, joker, ideas generator, observer, holiday maker and outsider.

At the end of the workshop, each individual participant was given a feedback pack containing a set of images and the facilitators’ assessment of their skill preferences, each marked on a spectrum between each of the polarities. Furthermore we developed some simple diagnostics software which offered suggestions for professional territories where an individual’s skills might be considered to be an asset.

During its lifetime, the workshop was run in excess of 85 times with client groups including prisoners, ex-prisoners, long-term unemployed adults, young adults not in education, employment or training, young people on vocational exchange programmes, autistic adults and adult with mild learning disabilities.

Two external evaluations were conducted on Talent 4… The first of these, (Caulfield, L & Wilkinson, D. 2012) was on the initial development with prisoners in the UK, and the second was for the Transfer of Innovation programme (Caulfield, L. & McGuire-Snieckus, R 2014). Key findings replicated across both evaluations were: 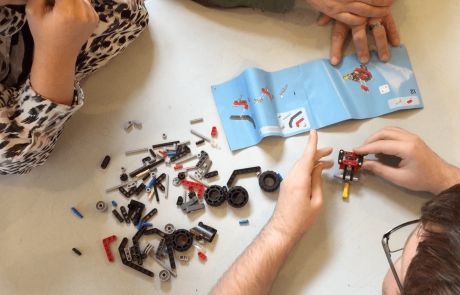 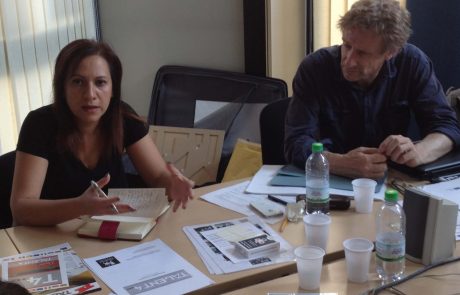 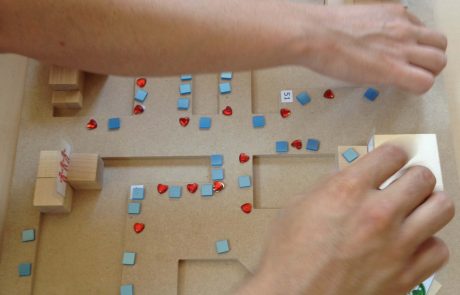