Repeating Stories was Rideout’s first cross-artform project, and as such, set a model for collaboration with a range of artists from different disciplines. It was also the beginning of a long-standing working relationship with the artist and sculptor Jon Ford, and the piece of work that ultimately led to the company being awarded core funding from Arts Council England between 2003 and 2011.

The project stemmed from an offending behaviour workshop at HMPYOI Swinfen Hall in which a participant had represented the antecedents to a violent assault as being like an ‘anger machine’. We took this analogy and developed it into a fully realised project consisting of three consecutive two-week arts residencies at three Staffordshire prisons; HMP Stafford, HMPYOI Drake Hall, and HMPYOI Swinfen Hall.

Drawing on the metaphor of the machine, the residencies used a mix of drama, drawing, and 3-D art making to enable participants to create an exhibition of 28 ‘kinetic sculptures’ that represented the repetitive elements of their lives that brought them into prison. Their subject matter ranged enormously from drugs and guns, to children, false ideals and family conflicts. Some chose to work abstractly and metaphorically, while others dealt with their offending behaviour in a way that brought the spectator up close with the difficulties of moving away from ingrained, habitual patterns of behaviour.

The array of work created by both male and female prisoners was then presented as a single exhibition, initially in the foyer at the Birmingham Repertory Theatre, and then subsequently at the Burslem School of Art, Stoke-on-Trent. On an understanding that very few, if any, of the artist prisoners would be able to see the exhibition when live to the public, we produced a ‘virtual exhibition’ on CD-Rom (remember those!). This CD included copies of the original designs, movies of the artwork in situ, and recorded audio comments from visitors to the exhibition.

Insights into the running of this project are discussed in Chris Johnston’s chapter, The Role of the Camshaft in Offender Rehabilitation, in Michael Balfour’s Theatre in Prison . 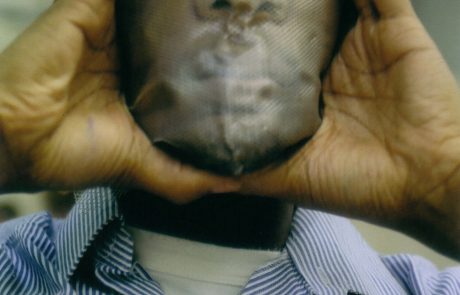 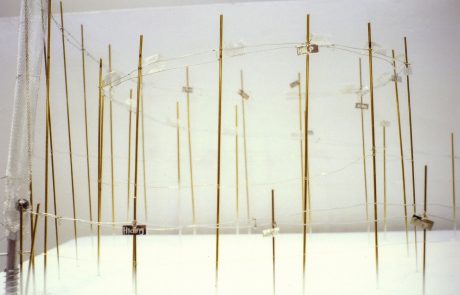 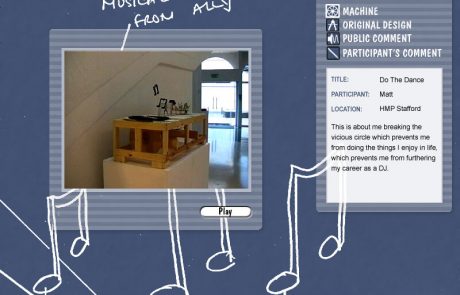