The Go to Jail project originally grew from discussions about what we, Rideout, would do if we had the use of an empty shop front. The answer seemed obvious, “Put a prison cell in it!” So it was that we began a piece of work that was toured on and off over a period of six years to a variety of venues. The focus was very much on engaging members of the general public in discussion and debate about the contemporary experience of imprisonment. In particular we wanted to give people an opportunity to experience a little of what life is like in prison as a way to counter some of the myths and misinformation that are propagated in the popular press. It was not designed as a ‘scared straight’ type intervention but more as an unsensational and honest representation of the mundane reality of imprisonment in England in the 21st Century.

The project took the form of a replica prison cell, based on real dimensions for a single cell. Originally there was just one bed, but in line with the growth in the prison population, we ‘doubled up’ by putting in a bunk bed – a practice sadly all too common over the last ten to fifteen years. ‘Living’ in the cell were two actors playing the role of two prisoners. An important feature of this was that both actors were people who had real lived experience of prison, so whilst they played characters with fictional backgrounds, they were able to draw on their own real memories of imprisonment. This led to a high degree of emotional congruity in the playing of the characters, and many times audience members forgot they were talking to actors. Within each run of the installation, we had days when the characters were male and other days when the characters were female.

As well as being afforded the chance to talk to ‘prisoners’, visitors were also invited to read the background stories of the characters and to vote both on what proportion of their sentences should be served in prison, and also the types of privileges the prisoners should be allowed to have in their cell. At the end of each day, these votes were calculated, and items such as books, a TV or a musical instrument were either taken out or put in.

In addition, interactions in the cell were livestreamed over the internet during the time the cell was open.

Venues that hosted the cell:

During its lifetime, the cell hosted close to 8000 visitors

An external evaluation of Go to Jail, conducted by Dr Geoff Readman is available here

More recently, Go to Jail has been featured in research being undertaken by Professor Stephen Bottoms as part of his Leverhulme Trust Research Fellowship, Incarceration games: performance, psychology, and the Stanford Prison Experiment

The Cell is exceptionally successful at attracting the attention of passers-by, who may have no particular interest in the criminal justice system (but who are of course benefitting from it as citizens and paying for it as tax-payers). A friendly outreach person from Rideout may make an approach, but people are already intrigued to see inside the structure, and to play on the computer screens. Once inside the dell, the realities of prison life are brought home partly by the small size of the cell and its furnishings, and above all by the ex-offender actors, who are brilliantly selected and trained to generate conversation and debate with just the right blend of seriousness and humour.

The impact is partly social. No-one could visit the cell without questioning whether the UK’s growing use of custodial punishment is a sensible allocation of limited national resources (though visitors are of course left to reach their own conclusion). Perhaps more importantly, encountering offenders as human beings, not monsters – the breaking down of media stereotypes – is crucial to preventing re-offending: ex-offenders can achieve rehabilitation into crime-free lives only if society accepts and ideally supports them back into communities, jobs and ordinary social opportunities.

These social outcomes are achieved through exemplary artistic means – the cell in reality is a theatre set with actors and audience. This brings vividly alive the crucial role that the arts can play in exploring and challenging tough social problems, like crime and punishment…Rideout is an exceptionally imaginative and clear-sighted arts company that achieves remarkable influence, and Go to Jail is typical in being both passionately innovative and extremely well delivered. 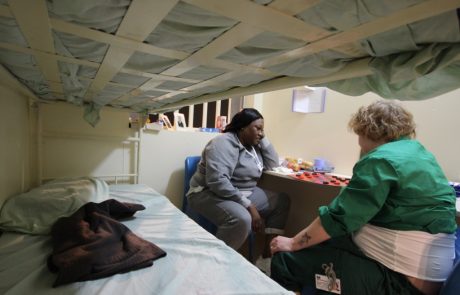 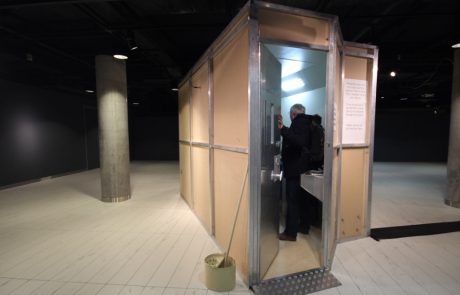