The Argument Room was a monthly interactive debating forum streamed live on the internet, hosted by Rideout’s founding co-director, Chris Johnston. Originally developed in partnership with People’s Palace Projects and the Drama Department at Queen Mary University of London in 2011, the forum was hosted at a number of venues including the Southbank Centre and the ICA. We are particularly indebted to Marcus Markous and Dynamis who kindly allowed us to use their board room for a significant number of sessions in 2012 and 2013.

Taking its inspiration from Channel 4’s After Dark series, Its primary concerns were the arts and social justice. It took a number of focus points such as:

Discussions prompted by these questions took place on a monthly basis with different guests and a different focus each month. In each case the discussion was streamed live with viewers able to call or text in questions, comments and observations which then fed into the debate. 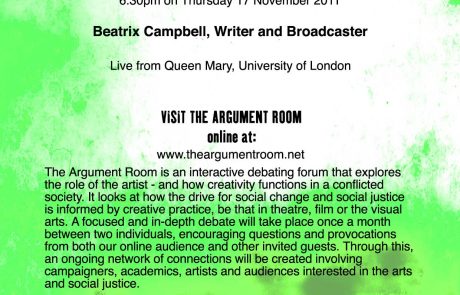 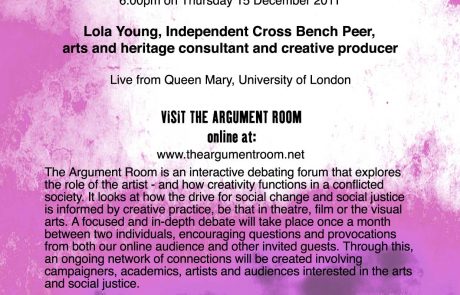 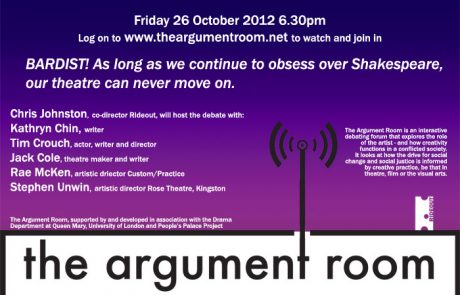