A Bigger Sound was a five-week residency at HMP The Mount, developed and delivered in partnership with the Irene Taylor Trust Music in Prisons Project and the Royal Philharmonic Orchestra . We wanted to explore the creation of a participatory show where music and drama elements were given equal weight. It was considered that working with classical musicians could enhance the scope of this collaboration.

The themes of the show were arrived at following a preliminary day-long workshop led by Rideout in which all the participating prisoners collaborated in improvisations, drawing exercises and discussions. Following this, two groups were created; of actors and musicians. The first full week of the residency was spent with the Music in Prisons team working with the musicians to create and record music responding to these themes. These recordings were subsequently played to the actors who responded by developing scenes inspired by the music. As a result of this exchange a broad narrative outline was determined; that of a group of men convicted by the law and sent away to sea.

Initially the two groups of performers and musicians worked separately with the artist-facilitators sharing experiences between them. It was only in the fourth week of the project that the two teams came together. The process proved challenging for the participants, especially as they were being asked to trust an unfamiliar methodology. On top of everything else, the performers were asked to move quickly to create a complex piece in a relatively short space of time.

The final show, entitled Sail or Jail, was performed four times to audiences of both prisoners and invited guests. It was also the subject of a BBC Radio 2 documentary. Clips from the programme are available here

A CD of the songs and music in the show was made available to all participants.

This challenging and complex creative process resulted in a riveting performance of music-theatre that will resonate in the memories of both performers and audience for some time to come. The depth of engagement of the actors and musicians was impressive. Their teamwork and personal commitment shone through and it was clear that creative processes of this quality and diversity have a major role to play in the rehabilitation of prisoners. There is no doubt that events like this help to give meaning to people’s lives. That is why the arts are especially important in this kind of setting. But the quality of the event would not have happened without the significant contribution of a wide range of people – the finely honed musical and leadership skills of the Music in Prisons musicians; the imagination and theatre skills of Rideout; the enthusiasm and willingness to learn of the Royal Philharmonic Orchestra musicians; the open and supportive attitude of the prison’s management and support staff, together with the vision and trust of the various funding bodies. All these ‘voices’ contributed to the success of a very special occasion.
Peter Renshaw, Irene Taylor Trust Trustee, audience member 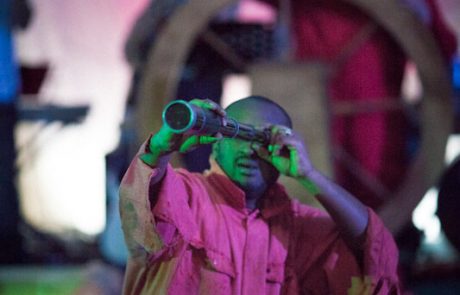 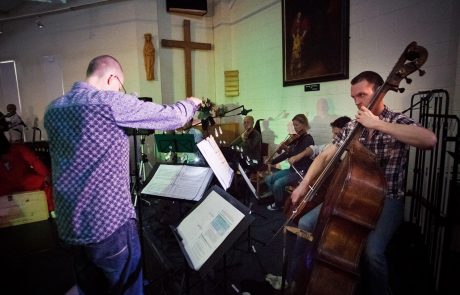 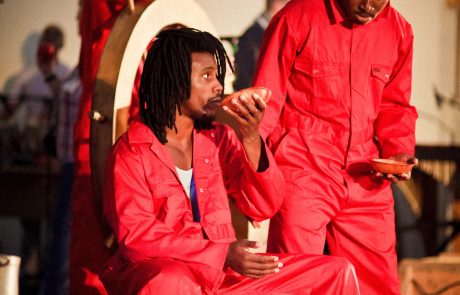