Rideout was originally founded as a partnership in 1999 by Saul Hewish and Chris Johnston. In 2003 this partnership was dissolved in favour of taking the more formal status of a Company Limited by Guarantee and a Registered Charity. Saul and Chris ran the company jointly until Chris’ untimely death early in 2017. Saul is now the company’s sole chief executive and artistic director.

Saul Hewish was a founder member and former Director of Geese Theatre Company (UK) between 1987 and 1994.

Geese UK was established as a franchise of the highly successful Geese Theatre USA with a remit to develop performances, workshops and residencies for prisoners and ex-offenders.

Saul was instrumental in the development of a number of long-term partnerships with the Probation Service in which drama was used as the key methodology for challenging and dealing with offending behaviour.

In 1994 he left the UK for America where he spent a couple of years working exclusively with Geese USA and its founder and director, John Bergman, MA, RDT/MT.

Upon returning to the UK in 1996 Saul began working in a freelance capacity under the name Acting Out Company, developing drama-based projects and programmes for young people looked after by local authorities, children and young people with social and emotional difficulties (SMEH), and young people subject to supervision by Youth Offending Services.

This work continued through the noughties, although his work with Rideout increasingly took up much of his time. 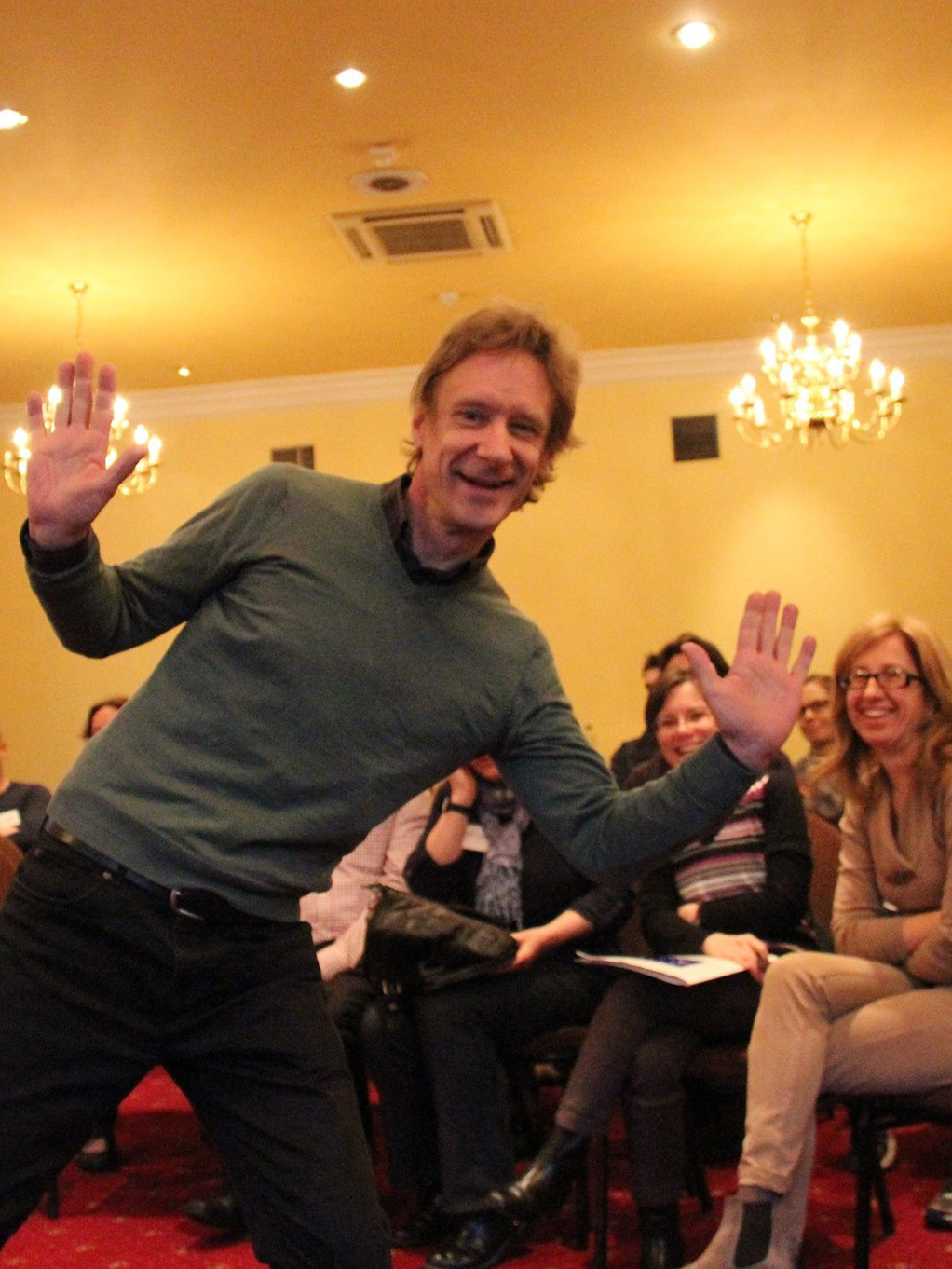 In addition to running Rideout, Saul has significant experience teaching in higher education as a visiting lecturer. He has delivered practical modules in community and applied theatre at a number of universities and drama schools, but especially at the University of Warwick where he has been a module convenor in the Department of Theatre and Performance Studies since 2003. His teaching draws extensively on his practice, and whilst not viewing himself as an academic, he has made a modest contribution to the literature in this field. Most notably this has been as a co-author with John Bergman of Challenging Experience: An Experiential Approach to the Treatment of Serious Offenders, published by Wood ‘n’ Barnes in 2004.

Chris Johnston had a long career in community-based theatre, specialising in devised and improvised performance. During the 1980s he worked extensively with communities in London before setting up and running Insight Arts Trust between 1989 and 1999. Insight was established to work with the Probation Service in the London area and to run events and projects for those on probation. It extended its work over this period to develop a theatre company, Insight Theatre, which took a number of plays featuring ex-offenders in the cast, into prisons and arts centres. The company also worked in Europe with a range of other organisations in a project funded under the Leonardo Scheme by the European Union and presented a series of installations and exhibitions in London.

Chris authored a number of books significant in the field of community-based theatre.

He was also Director of Fluxx, an improvisation-based company where he developed a model for ‘Citizen Theatre’, and Co-Director of Livestock, a company exploring issues of mental health and well-being.

Rideout’s work has always been supported by a highly talented pool of experienced freelance practitioners with whom they work on an ‘as needs’ basis.

Those present and past include:

Our Board of Trustees includes individuals from the worlds of community arts, prison, autism, and arts administration.